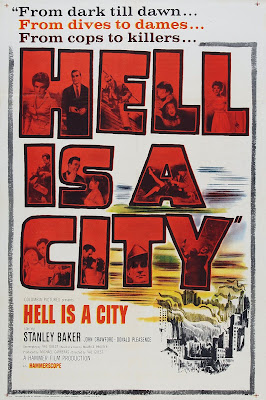 A loyal cop’s impotent marriage yet strident morality is juxtaposed with a psychotic criminal’s divorce from prison: two men, each alone, who haunt the night streets of Manchester like poltergeists. Director Val Guest’s film noir is bleak and violent, allowing the pugnacious Stanley Baker as the heroic Inspector to reveal his darkest rage one moment then struggle in anguish the next, a conflicted cop who is only trying to do the right thing. It’s a fucking wonderfully nuanced performance!

Don Starling escapes from prison and returns to the scene of his original sin in Manchester, where he stashed the jewels from a robbery five years prior. Now in his old haunts he hunts down his compatriots to make another robbery so he has enough cash to flee the country. But this jurisdiction belongs to his old war buddy Inspector Martineau (Stanley Baker) who knows his mind and manners and going mostly from instinct vows to track him down. Especially after learning that a prison guard, injured during the escape, has now died from his injuries. When the gang’s plan ends in another brutal murder Martineau races to discover where Starling may have flown to: he leverages the lack of honor and need of self-preservation among thieves...and accomplices to murder. But Harry Martineau is no Dirty Harry, there are no obtrusive tactics or unlawful restraints, his morality lays within his vows to the law both criminal and civil. What’s so interesting is that he remains conflicted about these choices yet doesn’t descend to their hellish level even to catch a murderer and bring his to Justice. He won’t betray himself as a man either for another loving embrace or an arrest.

The film is tightly edited and beautifully shot by DP Arthur Grant in Hammerscope (2:35:1) which allows the characters to act with their entire bodies and mannerism without the need to resort close-ups or reverse shot editing. Guest utilizes the entire frame to block the actors so they can move or face one-another while speaking and captures this in medium shot. It’s also filmed mostly on location on the streets and alleys of Manchester for verisimilitude. Even the interiors look worn and used unlike a typical sound stage as if these characters actually lived in them! The set design is unpolished and lived-in which adds to the stark realism. Grant’s deep focus outdoor photography frames the many long shots within the community as if this is more documentary than fiction. Stanley Black’s jazzy score is icing on the cake as it highlights the action yet knows when to allow the scene to breath in silence. One great scene involves a civilian discovering the victim’s body in a field: no music, just the howling of the wind along the moors like a last breath from a dying god. This is not only one of the best Hammer Productions I’ve seen, it is a great Film Noir made two years after Hollywood gave up the ghost.

Martineau catches a bullet and his ex-comrade in arms yet feels a twinge of remorse when Starling hangs for his crimes. His impotent defense of “no one is perfect” sounds awful even to his own ears so he stalks the city beat once again for one last time. Spurning temptation he dissolves into the darkness an honest man but not yet a whole one.

Written in blood by Alex DeLarge 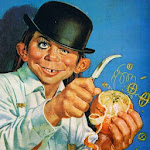 Alex DeLarge blogs on classic films at The Korova Theatre. Friendly and unpretentious, Alex has a soft bloody spot in his heart for Hammer Studios and has decided to create another blog focusing primarily on their arcane productions.

BLOODY FLAVOR OF THE MONTH:

A tribe of beautiful women worship the extinct white rhino, their insufferable men relegated to grim impotence who are now replaced by an g... 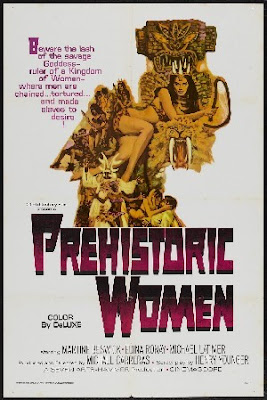 Tales From the Crypt: 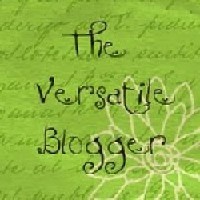 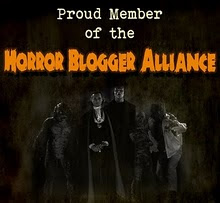